Extra 20% Off All Sale Items As we enter the last week of our Spring/Summer '14 sale we've decided to offer an extra 20% discount to our loyal customers when using the discount code "GONE" at the checkout. Offer expires midnight (GMT) Tuesday 12th August. Shop our sale in store now and online here.
By Sam Sherwood A timeless wardrobe staple that has been the essential piece of clothing for men across the globe over the past fifty years, the humble T-Shirt. This week London saw the hottest days of the year and with our Summer sale in full force we decided now is a perfect time to choose three of our favourite T-Shirts from our Spring/Summer '14 collections.

Starting us off are the masters of menswear; YMC. The London based brand sourced Summer friendly fabrics for their products this season including marled cotton pictured above on the Space Dye Pocket T-Shirt. The brand that was created back in 1996 has continued to put out nothing but the best in quality and expertise tailoring in their clothing, and their Spring/Summer '14 collection is a perfect example of this never changing ethos. From London to Italy, diving into a legendary archive of Osti creations C.P. Company's Spring/Summer '14 collection infuse classic details from seasons past into their current line. The Printed Goggle T-Shirt is an item based on the outerwear worn by the Mille Miglia race drivers, an iconic piece in the brands history which features fold down goggles in the hood reiterated for this season with a screen printed design. Created in 1989 Bellerose takes pride in their ethos of re-creating great items from the past. Bellerose uses the finest cotton and weaving methods available ensuring that even something as simple as the Farel Stripe T-Shirt leaves the customer with a product that has undergone every attention to detail possible. Featuring a made in Portugal construction, crew neck collar and brand motif towards the hem the Farel Stripe T-Shirt is a straightforward yet impeccably designed item.
Words by Sam Sherwood As Glastonbury festival arrives, like clockwork - so does the rain. Earlier this week we picked out a few of our favourite jackets from our Spring/Summer '14 sale to help you endure the tropical showers we'l be blessed with this weekend. Pictured above is the Barbour SL Durham Jacket, a line previously only available in Japan which features a slimmer and shorter silhouette introducing a more contemporary look to such a timeless brand like Barbour. The Barbour SL Durham Jacket is constructed with a water and wind proof breathable outer shell, with a vented yoke and two bellow pockets. Another previously only accessible in Japan line comes from Duffer Japan, the collection dives into a legendary archive of vintage Americana inspiration. The brand incorporates these vintage designs into modern day tailoring with an expertise eye for detail and care, pictured above is the Duffer Japan Ozzy Jacket which features a snap button closure, tartan lining and adjustable cuffs. 
The seventh issue from London based lifestyle and football publication, The Green Soccer Journal coincides with the 2014 World Cup, which this year takes place in Brazil. This latest issue showcases some of those players who have gone down in history taking part in one of the biggest sporting tournaments the world has ever seen. Featuring interviews with World Cup-winner and Spanish goalkeeper Iker Casillas, Ivorian goal machine, Didier Drogba, Geoff Hurst, Johan Cruyff, Phil Jagielkaand  Per Mertesacker. The Content Store Spring/Summer '14 sale has started, visit our sale section where you can find up to 50% off footwear, clothing and accessories - shop online now.
Written by Sam Sherwood 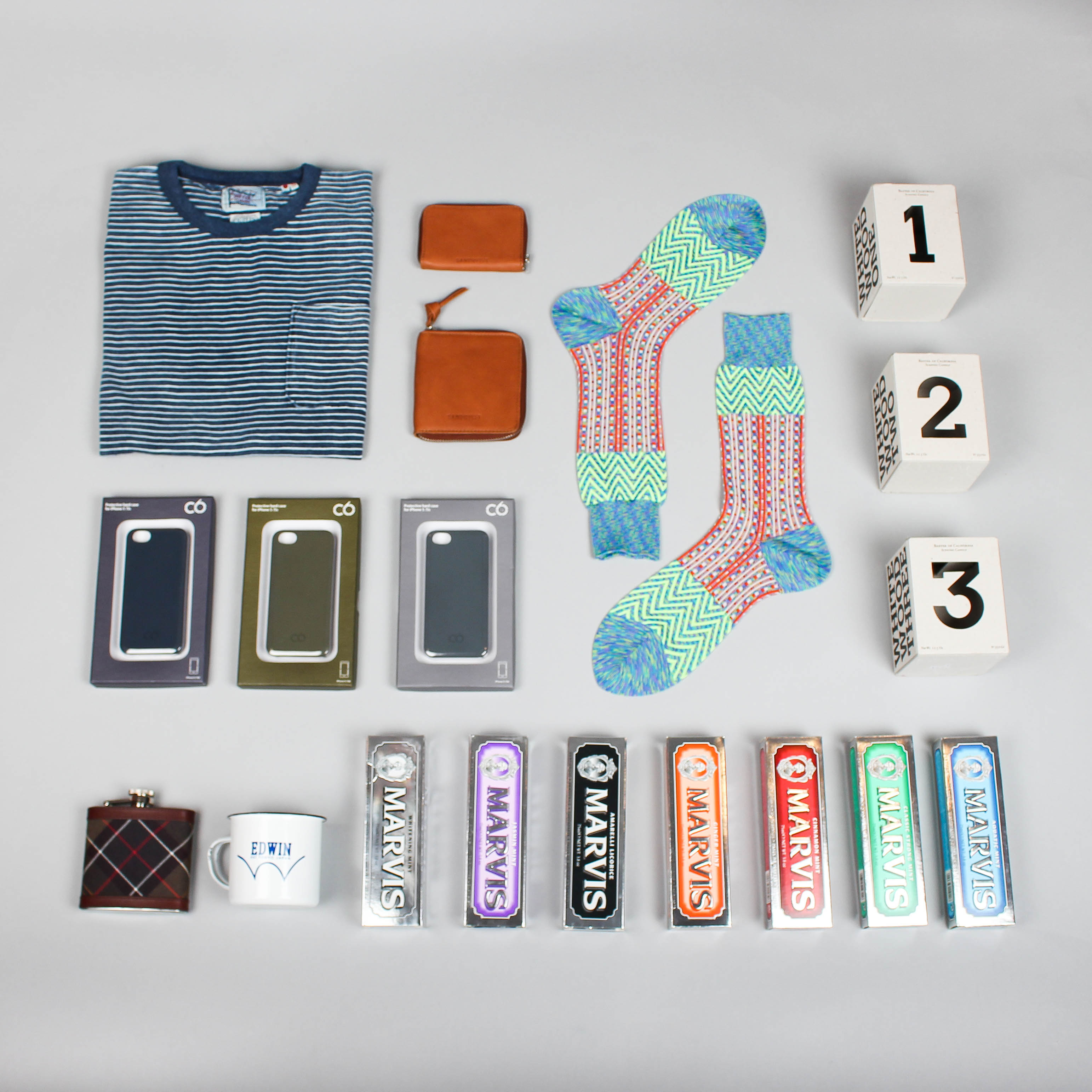 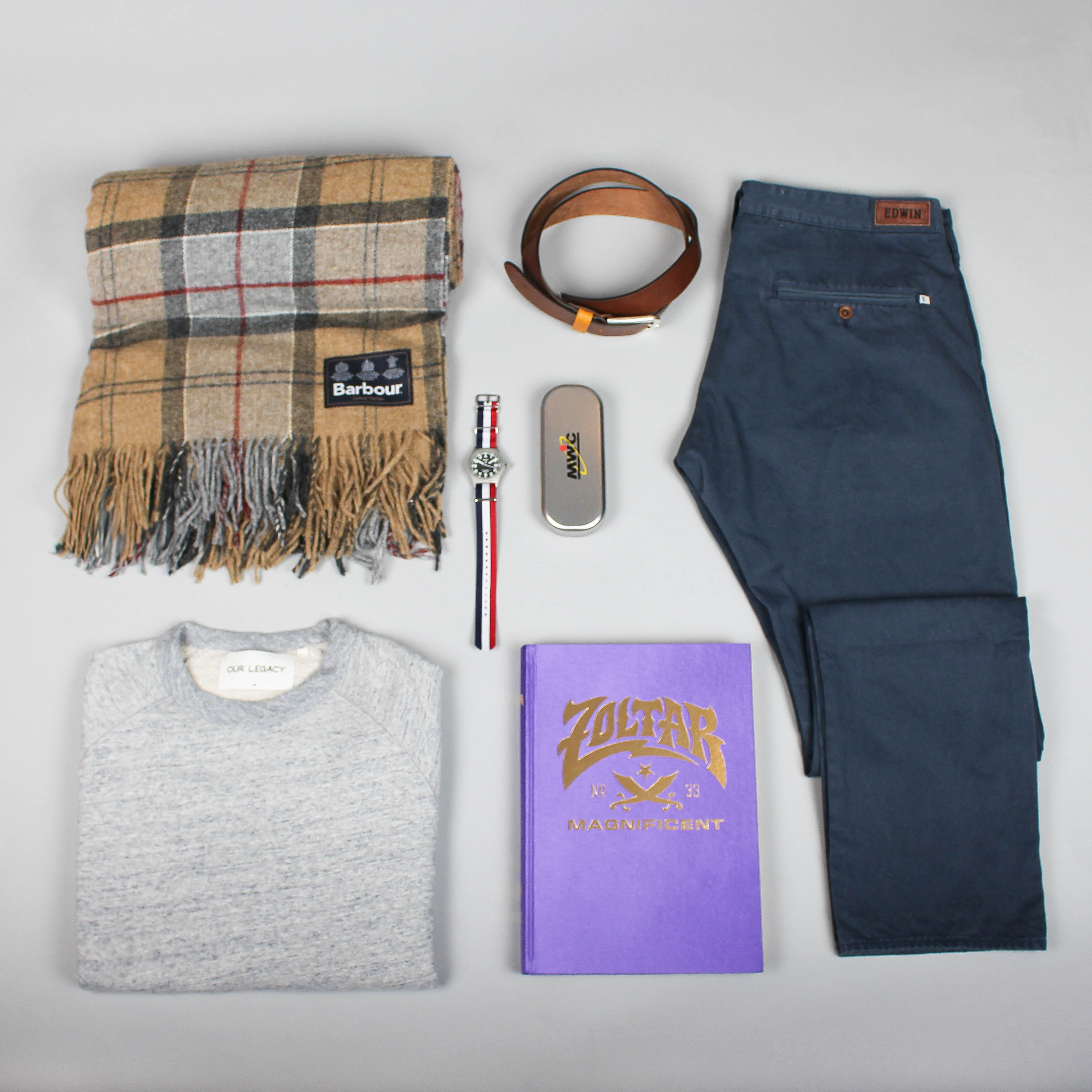 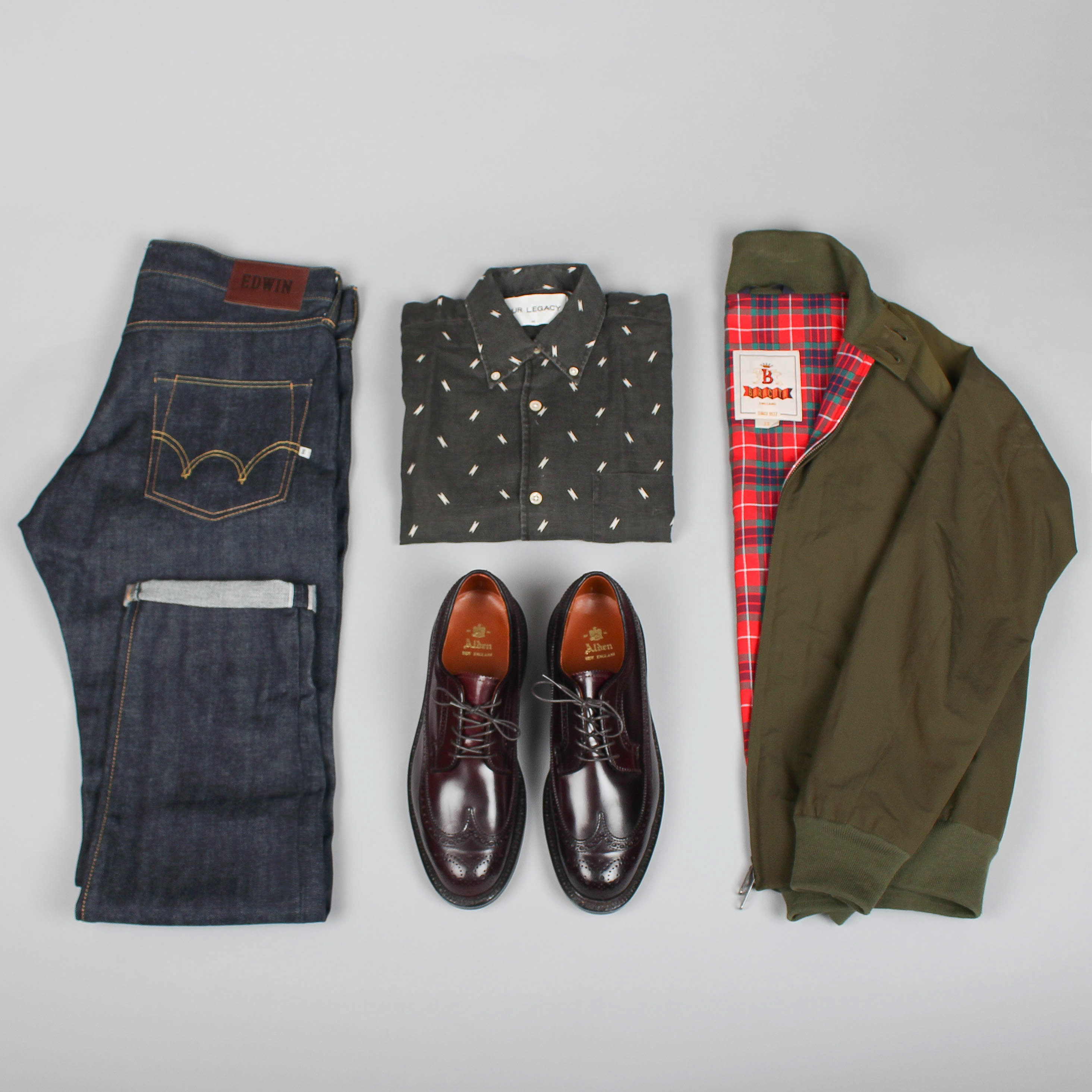 With Father's Day fast approaching (June 15th) we thought it would be a good idea to lend a helping hand and suggest some of our favourite apothecary, grooming and clothing products together in one easy gift guide broken down in £50 and under, £100 and under along with £100+ segments for the big day. You can also receive free UK shipping on all orders over £50 to view our full Father's Day section click here.
Written by Sam Sherwood

Baracuta - Made in England Dating back to 1937 Baracuta's humble beginnings started in a small factory based in the Chorlton area of Manchester, the location of the very first G9 Harington Jacket created by brothers and company founders John & Isaac Miller. Ever since, the G9 silhouette has become one of the most iconic items in menswear, globally recognised as a genuine example of the hard work ethic, combined with innovation which sparked the industrial revolution in Manchester. Firmly establishing itself as the original Harington Jacket Baracuta takes pride in never compromising in construction which stems from all items still being made in the very same Manchester based factory. Shop the G9 Harington Jacket in a variety of colours along with the Original Trench from Baracuta's Spring/Summer '14 collection in store and online here.
Words by Sam Sherwood Originally known as the Air Max III the name later changed to that we know so well today, the Air Max 90. It was the first Air Max to introduce the multi port lacing system which was one of seven molded parts on the upper partition of the shoe, along with a separated midsole into front and back compartments, which allowed for an increase in stability. Considered as one of the most timeless styles to leave the Beaverton HQ you can find the Air Max 90 in store and online here.
Words by Sam Sherwood

GLCO - We Believe In Quality